Here at the My NWX household we think our kids are pretty damn cute. Of course, we don't think that nearly as much as they do themselves.

And while Misaki, Sera, and Lilo all have their moments of being unabashedly proud of their prettiness, when it comes to outright fawning over themselves none of them hold a candle to Moochie. Not only is Mooch a classic narcissist, convinced the world is here to serve the purpose of providing him with hands to rub his body, but we're pretty sure he's the feline equivalent of a pin-up boy.

Check out these bedroom eyes. 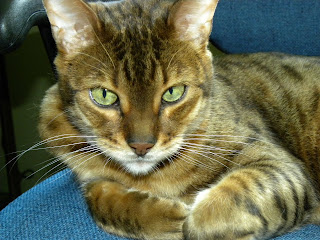 We call Mooch our Big Pimp. He's always lounging around the house with a look on his face that says you know you want to love me, and even if you don't want to I'm so damn irresistible you can't stay away anyway. Basically, if he was human, you'd have to buy his photos in black plastic bags, and they'd be behind the counter at 7-11. 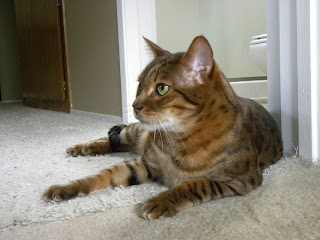 He doesn't care where he is either. Anyplace is ready for his soft luxuriousness. 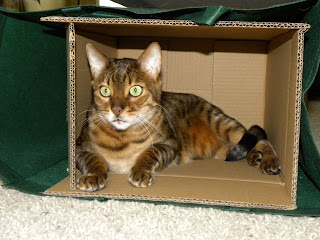 If Moochie could, he'd be getting spots in rap videos like this one from Jigga himself - Jay-Z's Big Pimpin'. 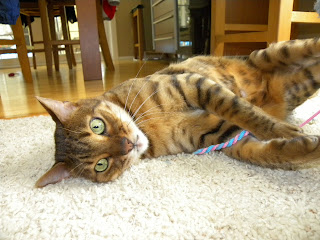 Or maybe this one, Hypnotize by Notorious BIG. 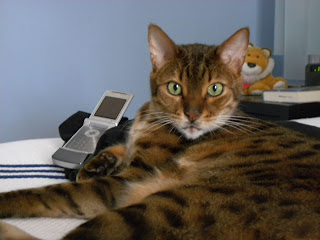 On occasion Mooch can even share his spotlight with someone else. He seems to have taken a shining to Misaki, as much as she isn't that thrilled with him rubbing on her muzzle and yelling in her ear. Still, it's pretty damn cute when he cuddles up to her anyway. 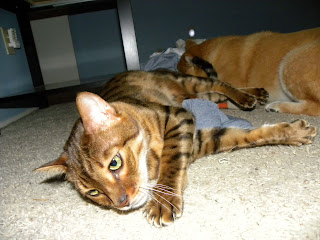 They make quite a striking pair. 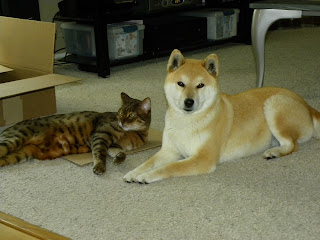 But it's not all fun and games for the self-proclaimed most beautiful being on the planet. Sometimes our little boy would rather be a diva than make love to the camera. 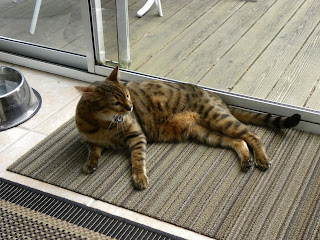 And sometimes, when he thinks the camera is off and allows himself some quiet time to sleep, the camera can snatch images his agent would never approve of showing on the internet. If Moochie ever really becomes a famous cat model, this is the kind of pic you'd see on TMZ. 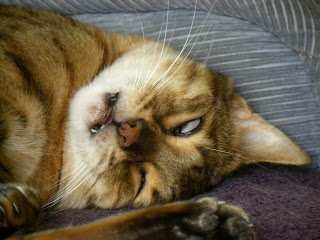 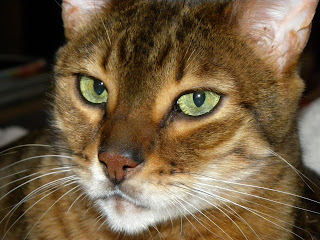 But in the end, it's hard to disagree with his self-assessment of pure cuteness. Would you look at that face? It's one that knows his cuteness level, it's confident, and those eyes - wow. Those eyes say you know you want to love him up.