Bunk Bar: Another Notch in the Belt for Habetz

There are tons of places to get a good sandwich in Portland, but one of the best is from the Bunk family of restaurants, run by Tommy Habetz. The original Bunk Sandwiches is on SE Morrison, but within the last three years a second outpost has opened downtown near Little Bird Bistro, a Bunk Truck is up and running all over the city, Trigger opened up near Toro Bravo in northeast, and Bunk Bar opened on SW Water Avenue. 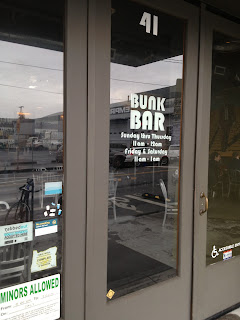 Bunk Bar not only serves food and drink, but also hosts shows almost every night of the week. As a bonus, Hair of the Dog Brewery is just down the street and Water Avenue Coffee right next door, so it's a happening place. 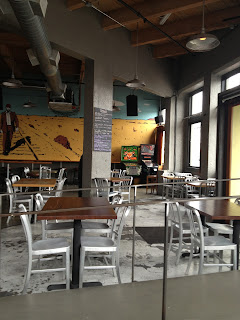 Bunk Bar is quite open and well-lit with plenty of color on the walls and a lot of seating, something that is at a premium at the other two Bunk locations. Wifey and I visited on the weekend around lunch time and there was a constant stream of people coming in and out, some with children. 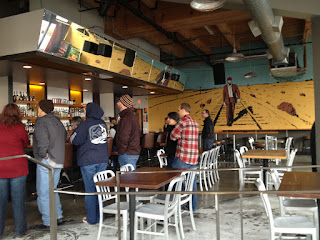 Here you order at the bar. We only planned to order two things, since we knew the portions were going to be big. Oops. 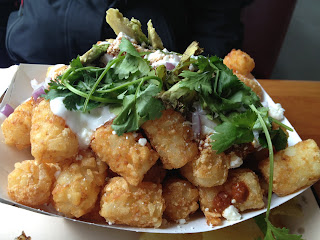 First up was the mole tater tots with avocado, cilantro, queso fresco and crema. Why? One, because tater tots are awesome, and two because, well, just look at it! 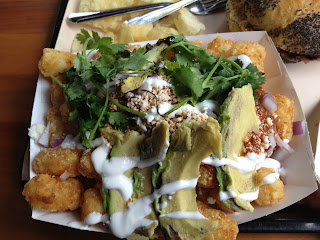 This $5 "bar snack" (according to the menu) would have been plenty for both of us by itself. Super tasty. 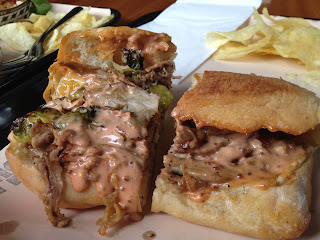 This sandwich, a special of roasted pork with roasted brussels sprouts and Russian dressing on ciabatta, wasn't in the plan, but it sounded so good we couldn't say no. And we're glad we didn't, even thought sprouts on a sandwich was a new one for us. 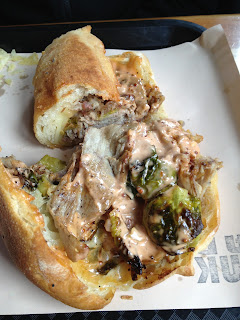 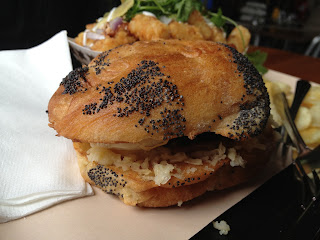 The last item we ordered was the egg and cheese on a roll, which we ordered with bacon. Honestly, we didn't even touch it for lunch; we had to wrap the whole thing and take it home to eat for breakfast the next day.

Every single one of these items was excellent. Bunk Bar, just like the original Bunk Sandwiches, produces items with tons of flavors that work very well together. We will definitely return.